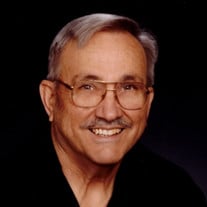 Ken graduated from Hazel Park (HP) High in June of 1963. Without hesitation he enlisted into the United States Air Force where he served 4 years working radar and was Honorably Discharged on July 9th 1967. After returning home he proudly became a member of the Hazel Park Police Department, where he served for 28 years. After his retirement in 1994, he could only stay retired for 1 year before he decided to join the Police Officers Labor Council where he worked an additional 20 years.
Ken participated in many organizations throughout his life including: The Boy Scouts of America, where he was the Area District Commissioner, HP School Board, HP Lions Club, HP Metropolitan Club, HP Eagles, American Legion, American Taekwondo of America (where he held a 1st Degree Black Belt), and the Fraternal Order of Police, where he was not only a member but served as the President of both State and Local Offices.

If there was an organization that needed a leader, Ken was there or was sought after to fill that role. He was just that type of person and instilled those same values in his children.

In 1988 Ken met the love of his life Debby. They were married in June of 1988 and spent 33 ½ years of the 40 years they promised each other. After their retirement in 1994, Ken and Debby moved to Lake Leelanau and traveled extensively. They also attempted to attend any and all events of their kids, grandkids, and great grandkids.

Ken was the father of 5 amazing boys and 1 remarkable daughter.

Jody (Mike) Lane, the eldest and only daughter is the mother of 4 grandkids: Jessica (Shawn), Michael (Renae), Brendan, and Jennifer (Sean). Additionally, 2 great grandkids Corey and Isabella, and another on the way Macie.

Erick (Pam) Nash, the father of 3 grandkids: Samantha, Aaron (Alexis), and Kendra. Additionally, 1 of the great grandkids Beau and another on the way Sadie.

Ken is preceded in death by his Mother & Father and also the following siblings Margie, Jean, Billy, Chuck, Bert, and Diane.

Ken is survived by his wife Debby, all 6 of his kids, 20 grandkids, 9 great grandkids, and his siblings: Susie (Randy), Dorothy (Rick), Barb (Cal), George (Jackie), and Carol (Wife of the late Chuck Nash).